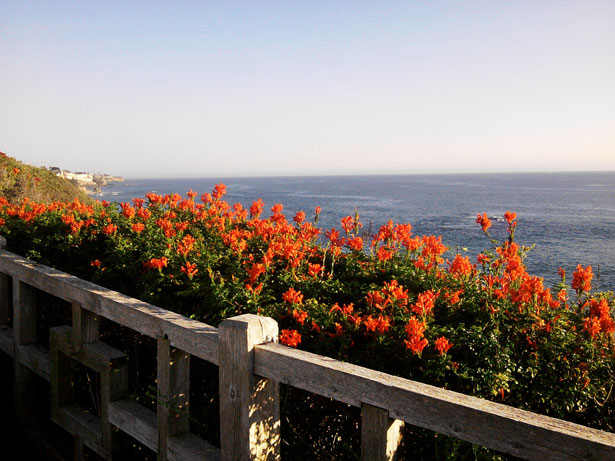 Lent: A Season for Making Time 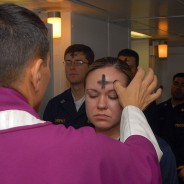 Lent is upon us once again. Here on California’s Central Coast, the experience of Lent is different in many ways from that of folks in much of the Northern Hemisphere. No sign of snow or the Arctic blasts of a winter that won’t end. It’s not like the weather of the global South either, where summer weather is beginning to shift towards fall. True, the much needed rain has arrived at last as we near the end of rainy season, but so much more is needed that we are facing restrictions on water use rather than wondering what we’ll do when the snow all melts.

Yet despite the difference between our weather and life-styles here and those of so many others in our country and world, Lent has come. How do we celebrate its coming? What do we have in common as Christians around the world?

Time is one of the most precious gifts we have received from God because our lives on Earth are lived within its boundaries. Though objectively it passes at the same rate for all of us and at the same speed each day of our lives, time sometimes seems to go quickly and sometimes far too slowly. During some seasons of our lives we have far too many voices calling, demanding, our attention and a share of our time. During others we wish there were more to do and more people who were interested in doing something with us. As children, the time before Christmas and the time before Easter seem to stretch on without end. Then the big day comes and suddenly it’s all over. (Sometimes that happens to grown-ups too.) Regardless of whether it passes quickly or slowly, time is a fundamental reality of our lives, so maybe that is the place to start.

Our God has given each of us 24 hours in each day. Most of that time is already scheduled for important activities of daily life: sleep, work, eating, spending time with family members, and so forth. But God would like to have a few minutes with us each day too, just to keep in touch and maintain a relationship. Lent is a good time to get in the habit of giving God a place in life each day.

Where will time for God be found? It’s not on a shelf in a department store or on Craig’s List. Time is too precious to be for sale. Time comes in quiet ways, without blaring trumpets. Time’s at the red light where you have to stop on the way to work. Time waits in the line at the grocery store. Time is there rocking a child to sleep. Time waits in the last few minutes before turning off the lights and going to sleep. Time greets us in the few quiet minutes in the morning before the household awakens.

When I was a child, the focus during Lent was expressed in a simple question. “What are you giving up for Lent?” For many of us it was candy and/or television. The experience of giving up something that we liked and were used to having was a good exercise in self-control. It also broke patterns of behavior that were not necessarily good for us and prepared us for a new season and new activities. Giving up something that took time from family or other positive activities was a good thing. It’s still not a bad idea, since it frees up time for something more important.

Today we tend not to speak of Lent so much in terms of giving up something. Instead we speak of what positive thing will we do. That can become a problem, however, if rather than making time to spend with God, we fill up the little time we have with activities “about God” or trying to do more of some activity. Making time for God does not mean taking more religious education classes or taking on more service projects.

To make time for God, something else must be emptied from that time slot. It’s OK to be creative in doing this. Here are a few suggestions.

Bottom Line: Set a time during the day when you can spend 5 minutes just being with God. For most of us that feels like a lot of time to squeeze out from family and work demands. But like any time spent with a close friend who is going to help us get through the things we need to get done, that little bit of time being together and visiting makes everything else go more smoothly. Lots more gets done with a little help. Who better to help us through the day than our God!

Ordinary Time I: A Time for Decreasing and Increasing

As we entered into the third season of our liturgical year, Ordinary Time, we heard the story of Jesus’ baptism by his cousin John in the Jordan River. Each of the evangelists includes an account of his baptism and each one is slightly different in details, though not in the basic story.

John had been preaching and baptizing for some time. Good, God-fearing men and women were coming to the banks of the Jordan River to hear his call to repentance and to be plunged into the waters of the river — a river whose very waters had stopped flowing to allow the Israelites to enter the land so many centuries earlier as they completed their forty years of sojourning in the desert. 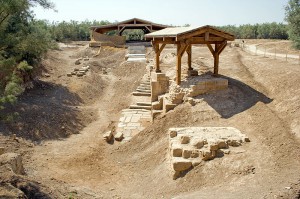 Jesus too, a good man, deeply religious, and attuned to the spirit and traditions of his faith, arrived and requested baptism. The prophet agreed to baptize him and something happened to him that was different from the experience of the others. Jesus experienced the presence and blessing of God in a unique way: as gently yet suddenly as the landing of a dove, the Spirit of God settled upon him. The heavens opened to his awareness and God spoke to him directly, “You are my beloved Son; with you I am well pleased.” (Mk 1:11, Lk 3:22) Of those around him at that moment, only John noticed anything different. Later John testified that at first he didn’t recognize Jesus as the one whose coming he’d been sent to announce, but when the Spirit came upon Jesus, he understood that Jesus was the One.

John kept baptizing and preaching. Jesus went off to the desert to pray and begin to sort out what had just happened and what the implications might be. Nothing noticeable changed for a while. But when Jesus returned from his forty day retreat, having faced down temptations to seek material security, political power, and adulation as a wonder worker, things began to change. Jesus and a few followers began to move around in the same general area near the Jordan where John was baptizing and Jesus began to teach. Some of Jesus’ disciples began to baptize those who came to listen as John had been doing.

John’s disciples came to him with the word that someone else was now baptizing. Unspoken but implied in the narrative is the question, “What should we do about this? Should we try to stop Jesus and his followers?” John’s response was simple and direct, “He must increase, I must decrease.” (Jn 3:30)

Increasing and Decreasing in Ordinary Time

Ordinary Time, the time of counted weeks, is the time in which we reflect on the mysteries we have experienced and celebrated in the other great seasons of Advent, Christmas, Lent, and Easter. It is a time to watch for and seek to recognize the movement of the Spirit in our lives and world today.

The season of Ordinary Time between Christmas and Lent offers the stories of the beginnings of Jesus’ ministry. We see the wonder of the preaching and miracles as God enters powerfully into our messy human reality as the most human person who has ever existed. That person healed the sick, gave sight to the blind, touched the leper, demanded justice for the oppressed, and taught in words, stories, and images that even the simplest, least educated members of his society could understand. The good news he brought was that not only does God care what we do and how we do it, but also that God loves us all so much that he wants to be totally immersed in our experiences and lives, becoming one of us to show us how to live as his children.

With John, during this season of Ordinary Time we are called to look at our lives and service to our community, asking ourselves how we can decrease and Jesus can increase. We are called to take a hard look at the work we do and step out of the spotlight, so the face of God may shine more fully through our lives and into our world today.

How are you doing this? How will I do it? Does the way we live our lives as Catholics on California’s Central Coast matter? I think John would say it does. We must decrease and He must increase. 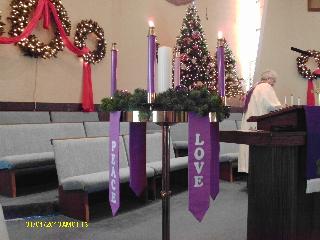 Advent is upon us and Christmas will be here before we know it. It’s time to stop and savor the time of preparation and waiting before we plunge into the activities of Christmas. The theme of the first week of Advent is Hope. In the second week we reflect on the gift of Peace, both personal and with other. Joy, that deep inner sign of the presence of the Lord, is the theme of the third week of Advent. Christ is coming and is already here. Finally, in the fourth week of Advent, we celebrate the Love of God, who cares so much about each of us that incarnation was the only way to express that reality. God enters into our world, becoming a human being, so we may come to share in the divine life of the Trinity.

Archive of Prior Issues